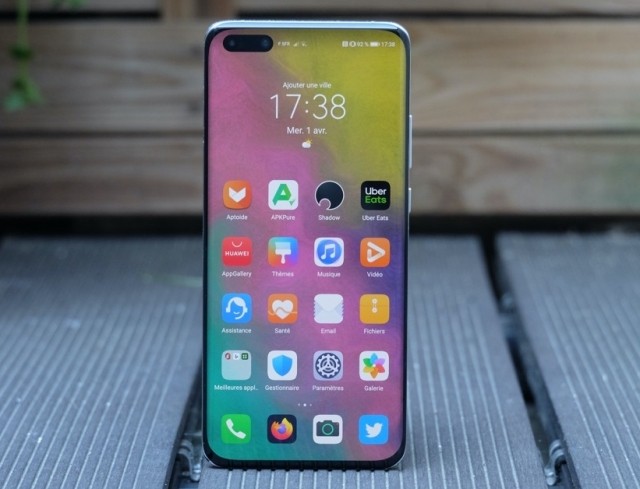 Despite the American embargo that occurred in mid-2019, Huawei consolidated its position as world number 2 over the year. But the company readily admits that 2020 will be more complicated. In the midst of a health crisis, the Chinese giant unveiled its new P40 series during a conference without audience broadcast online. A whole symbol. The Huawei P40 Pro, its spearhead, seems very attractive on paper but the absence of Google services raises some concerns. We have a test of the Huawei P40 Pro: lasts a lifetime without Google?

I will not go through four paths: the Huawei P40 Pro of the test is undoubtedly the most beautiful smartphone that it has been loaned to me. No one will criticize the horizontal punch positioned in the upper left corner. Rest assured, we quickly forget it, except during game sessions where certain graphic elements are no longer accessible. This larger hole than usual camouflages a double photo sensor which improves the quality of selfies and vlog-type videos (I will come back to this later in my review of the P40 Pro). 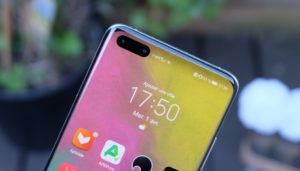 Others will highlight the impressive photo module on the back of the smartphone. Pointing out this design element on the P40 Pro when Apple and Samsung do the same would be more in bad faith than anything else. Especially since the Chinese giant limits the breakage by reducing the thickness of the module. So I accept this new trend initiated by the iPhone 11 Pro, certainly unsightly but mandatory to integrate an increasingly efficient photographic arsenal.

Apart from these two objectively acceptable elements, the P40 Pro of my test shines with its elegance and the quality of its finishes. The back in “frosted  ” material (both matt and reflective) proves to be particularly pleasant in the hand and hardly marks fingerprints. Although it is slightly overweight (203 g) its balanced dimensions (158.2 x 72.6 x 8.95 mm) make it a relatively compact smartphone compared to the size of its screen (6.58 inches diagonally ).

Inescapable passage in my test of the Huawei P40 Pro to the technical prowess of the new model. Huawei has a tradition of inaugurating its new chips with its Mate range. The P40 Pro therefore has the same 8-core Kirin 990 5G processor (2 x 2.86 GHz + 2 x 2.36 GHz + 4 x 1.95 GHz) as its predecessor. It comes with a dual-core NPU loaded with artificial intelligence, 8 GB of RAM and 256 GB of storage (expandable up to 512 GB thanks to an NM Card, nano-card format developed by Huawei) .

If the benchmarks do not reach the level of a Snapdragon 865 or an A13 Bionic (less than 500,000 on Antutu for example), the Huawei P40 Pro remains a very powerful smartphone . From productivity to multimedia, including photos or games, it ensures in all circumstances. Huawei engineers have also managed to control heat dissipation even when the phone is used often and intensely (long photo or gaming sessions for example).

During its keynote, Huawei did not dwell on the audio part and we understand why. Like its predecessors, the new high-end will not be the friend of music lovers. Its single speaker delivers monophonic sound just as mediocre as with its big brothers. As if that were not enough, the USB-C earphones supplied in the box are of the same ilk. It’s a shame, our test of the Huawei P40 Pro is wrong on this point. 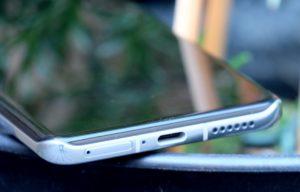 We must therefore fall back on third-party headphones accompanied (if they have a jack termination) with a jack / USB-C adapter. Like its Apple counterpart, Huawei is playing the game by not providing this small accessory in the box.

We will therefore console ourselves with a headset or wireless headphones since the P40 Pro is Bluetooth 5.1 compatible. Under these conditions, the audio quality improves greatly but will depend on the hardware you have. The Chinese giant offers a Sound Booster option (sound optimization) well hidden in the audio settings and reserved for FreeBuds, FlyPods and FreeLace, three products of its own.

Should we recall Huawei’s expertise in photography? With its partnership with Leica, the Chinese giant is watering us with high-end smartphones that are increasingly convincing in the field of photography. It is probably still the benchmark in this niche.

Last year, it launched the P30 Pro and revolutionized the genre by proposing a periscopic lens unique in the world. Samsung having adopted a similar technology with its Galaxy S20 Ultra, there is no question for Huawei to lose its place of king of the photo. With the P40 Pro, Huawei uses the ingredients of its predecessor and further improves its arsenal of sensors. See rather: 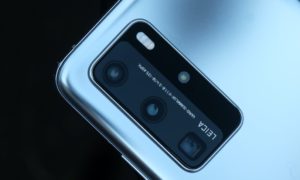 Not surprisingly, the result lived up to expectations in our test of the P40 Pro. In good light conditions, the Huawei P40 Pro stands out for its excellent sharpness. We find the Leica paw which is characterized by slightly saturated colors and more pronounced contrasts. The whole gives the P40 Pro a unique style. Only small defect that we will notice: the autofocus on close subjects is sometimes capricious despite the integration of Octa PD technology promising an ultra fast development.

Interface: can we live without Google?

Yes, we can … provided we have the patience and agree to get our hands dirty. Still unable to provide Google services, Huawei uses pirouettes to circumvent this limitation imposed by US President Donald Trump.

Foundation stone: AppGallery. The replacement for the Play Store has grown slightly since December 2019, when the Mate 30 Pro was marketed. Some developers are playing the game and we can now find popular applications like TikTok (recently added), Telegram, Snapchat or Deezer.

However, in most cases, you will have to use trick number 2 – I named TrouvApp . This application available in AppGallery will allow you to find all your applications absent from the Chinese store. A link will then lead you to alternative shops or directly to a website with a download link.

We can then easily find big names like Instagram, Netflix, WhatsApp, MyCanal or Facebook Messenger. Most of the time, TrouvApp guides you to APK Pure , an alternative store well known to hackers. While it has the advantage of having a very complete catalog, the security and confidentiality rules are far from current standards. You are warned, it is at your own risk.

Last but not least , Huawei offers from the start of the smartphone to copy the content of your old model via the Phone Clone application. It is undoubtedly the most effective means of finding the major part of the applications. However, the transfer remains limited and you will have to get your hands dirty anyway with TrouvApp, APK Pure, Aptoide and everything. Not to mention the shortcuts to websites, essential for accessing certain applications including Youtube. By the way, pray that your home automation equipment is compatible with Alexa since (it is logical) the P40 Pro absolutely cannot control connected devices compatible with Google Home.

Microsoft: Xbox Series S (Lockhart)console will be formalized in August