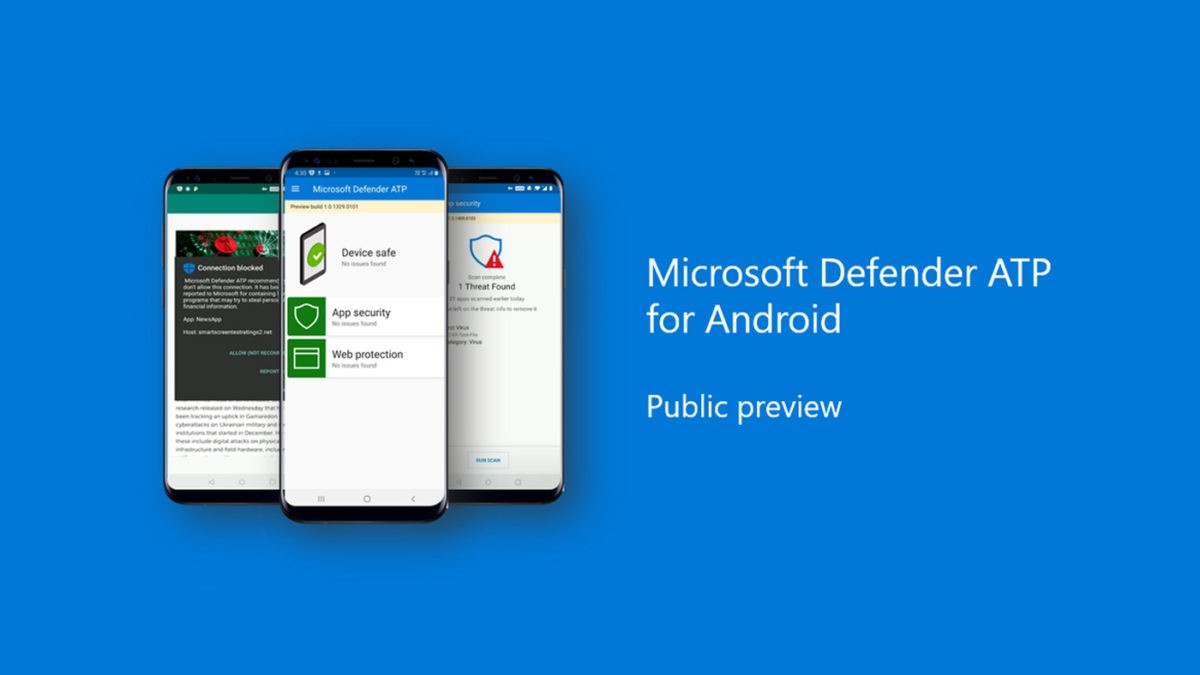 Windows computer users obviously know the famous anti-spyware house Microsoft Defender, launched on Windows XP, then delivered as standard on Windows Vista and Windows 7, before becoming a real antivirus solution on Windows 8 and 10. Today , Microsoft Defender becomes emancipated, and arrives on the Android PlayStore (before an upcoming availability on iOS).

A few weeks ago, Microsoft confirmed that it was working on a mobile version of its excellent Defender antivirus , intended for the Android and iOS ecosystems. Today, the American giant is proud to announce the availability, in Preview version , of its famous antivirus, for smartphones powered by the Google OS.

Microsoft Defender for Android offers various protections against phishing, as well as connections considered “dangerous” , emanating from certain applications, but also SMS, emails or certain websites. A security center allows you to group the various alerts from Microsoft Defender. On screen, Windows Defender can alert the user of a site deemed “dangerous”, but also block a connection, depending on what has been defined in advance in the security center. The application is also responsible for detecting any malware spread more or less discreetly by certain applications.

“Scans are done instantly to detect malware and potentially unwanted applications ,” said Kanishka Srivastava, program manager at Microsoft. “If a safe application is downloaded, the end user will see a light notification, indicating that the application is clean“ .

For now, the Windows Defender application is only available on Android, but the American giant promises an iOS version soon. Note that Microsoft also takes the opportunity to launch its Defender ATP on Linux equipment. Microsoft’s ultimate ambition is of course to offer its Defender program on Windows, macOS, Linux, Android and iOS.

Honor 9A: an entry-level smartphone with 3 photo modules

How to extend the life of your smartphone

Sales of headsets and gaming accessories up 19% in 2020