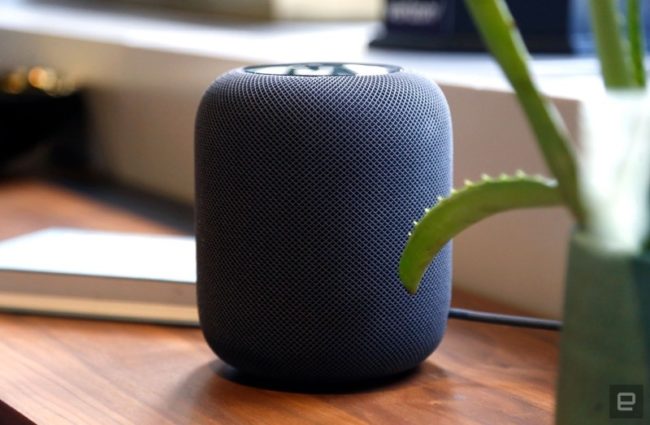 While all eyes were on iOS 14, Apple took advantage of its WWDC 2020 to discreetly announce other interesting new features. Among them, the arrival of third-Party Music Services in the new software version of HomePod.

Yesterday (June 22, 2020), Apple presented its new software at the traditional WWDC (developer conference) in a new format (for the reasons we know). The American giant has therefore lifted the veil on the main novelties of iOS 14 and announced the abandonment of Intel in favor of its homemade chips (based on an ARM architecture) to equip its computers. So much for the major announcements.

Although less flashy, the ads related to the connected home are no less interesting. On its slide entitled ”  Home  “, Apple indicates the arrival of third-party music services on its HomePod connected speaker .

Until now, users had to settle for a single service, Apple Music (what a surprise!). If you were subscribed to Spotify, Deezer or YouTube Music , you could only count on a broadcast via AirPlay. Unable to control music by voice with Siri therefore.

If the goal was obviously to have Apple Music adopted by all the buyers of the speaker, many users have chosen to remain faithful to their usual platform, some by habit, others by comfort or simply by preference. Full support for these third-Party Music Services therefore sounds like great news. However, Apple has not mentioned any support for these third-Party Music Services by Siri on iPhone, iPad or Mac. We can still dream right?

For now, Apple has not said when the software HomePod be updated. To date, only members of the AppleSeed program can access a beta version. Developers and public testers are therefore excluded.

If the Californian company sticks to its usual calendar, we can expect a deployment this fall soon after the announcement of the next iPhone . In the meantime, public developers and testers could access a public beta this summer. But these are only assumptions.