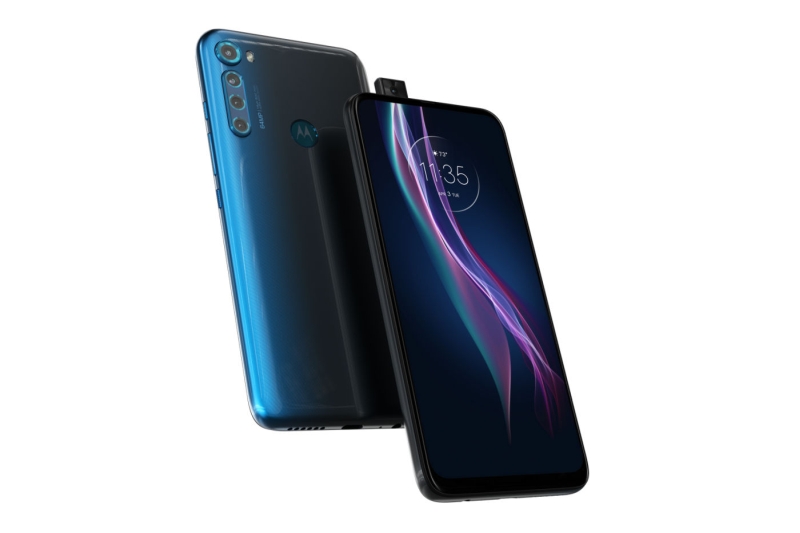 A year after the release of the One Hyper, Motorola has just announced on the internet the upcoming arrival of a new mid-range model, the One Fusion +.

The smartphone stands out with a front camera “pop-up”, an innovation that we could find on the Honor 9X  among others. Motorola has also converted several elements of the One Hyper in this new model. Starting with the screen, the manufacturer has kept that of the One Hyper with a 6.5-inch LCD screen, giving full HD resolution.

A pop-up camera and 4 devices on the back

As explained above, there is no bubble or notch on this model which uses the “pop-up” camera system of its predecessor. The One Fusion + has a 16 MP sensor, compared to 32 on the One Hyper. On the back of the phone, 4 devices appear, that’s twice as much as on the previous model. The most imposing is the main sensor, endowed with 64 Mpx, the same as on its predecessor just like the wide-angle of 8 Mpx. To these two known sensors are added two new ones, the first, of 5 Mpx, is dedicated to macro, the second, of 2 Mpx, will take care for its part, of the management of the depth.

In addition to these two additional devices, the One Fusion + arrives with a battery of 5000 mAh, that’s 1000 more than on the One Hyper. Unfortunately the fast charging system at 27W had to be abandoned. It allowed, according to the manufacturer, to obtain “10 hours of autonomy for 10 minutes of recharging“ .  The One Fusion +, on the other hand, will only have a fast charge of 15W. Wireless charging is also not available on this new model.

On the processor side, the One Fusion + has a Snapdragon 730, which can also be found on other models like the Xiaomi Mi Note 10 for example. The new kid from Moto also arrives with 6 GB of RAM, against 4 on the One Hyper. Motorola offers 128 GB of storage on this new model.

The brand remains faithful to its unlocking mode and keeps its fingerprint scanner on the back of the smartphone. Small characteristic almost become exotic, the Lenovo subsidiary decided to keep the jack, yet disappeared from most smartphones nowadays.

Still quite close to the One Hyper, the One Fusion + remains very correct. Available in three colors, it was announced for the end of the month at a price of € 299 in Europe. What to make a place in the already very supplied universe of mid-range smartphones. It is in direct competition with excellent models under 300 euros.