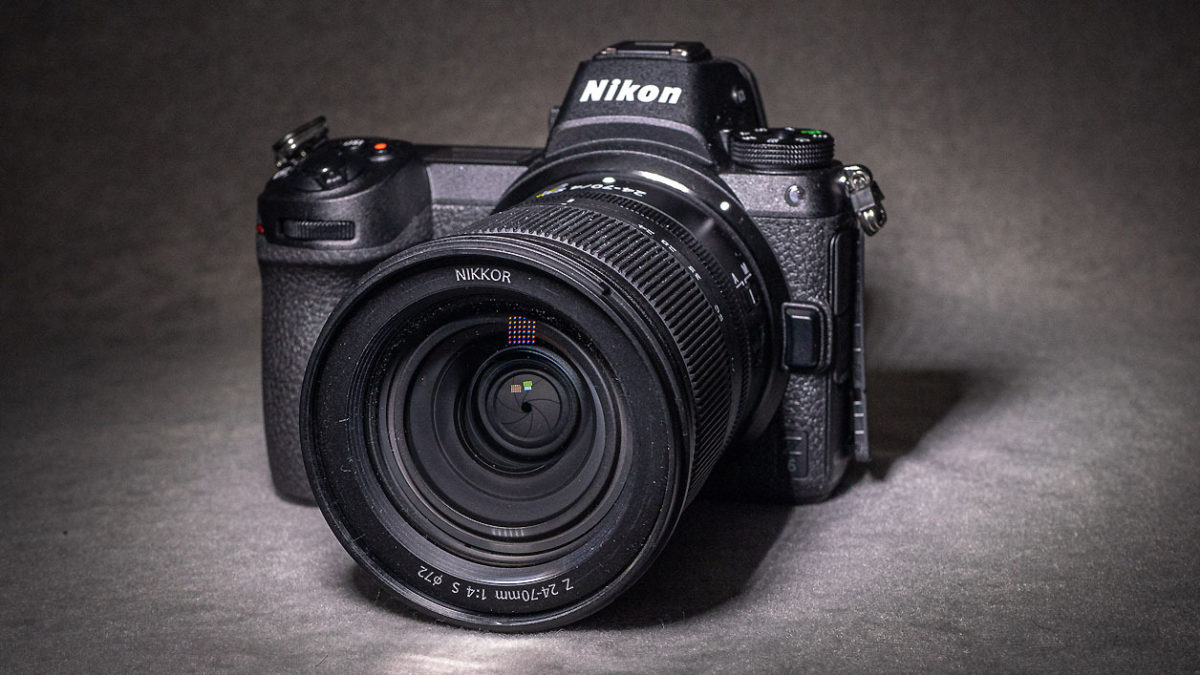 The delay we took in testing the Nikon Z6 is ultimately a good thing. The cheapest camera firmware from the first batch of full-frame sensor cameras from Nikon is indeed at version 3.0.

The Nikon Z6 is now much more mature than when it was launched, thanks to numerous software improvements. These include in bulk: a gain in autofocus precision, especially in low light, the addition of eye tracking in humans (and animals), the activation of the 12-bit RAW video output via the socket HDMI and the arrival of a 3D LUT for N-Log.

Like its competitors, Nikon has changed its mindset with regard to firmware updates (in the past, they were rare and meager) and is part of the movement of manufacturers who keep their cameras alive for as long as possible via software improvements. The fall in sales volumes and the refocusing on high-end products is good for users … and for the environment!

A Nikon Z6 is nothing short of a Z7 with a different sensor and logo. The two devices are 100 per cent similar to everything else. Nikon’s ergonomic prowess is to have developed a compact body such as that of Sony’s Alpha A7, but with an LCD screen to control settings on top. A “reflex” gesture that can be seen even by the materials used (Nikon loves to think of “cameraness”), from the little red “comma” on top of the grip to the camera’s overall feel.

The sensor on the Z7 is very good. But it has the flaw of its qualities: it generates large RAW files for its 45 Mpix, up to 72 MB, a wound for both storage and encoding, while pixels live. More modest, the Nikon Z6 is a lighter case in the computer sense of the term, with its “only” 24 Mpix. Files take up almost half the space and when editing RAW files, particularly on laptops, Adobe Lightroom or DxO Photolab suffer far less from it.

For most photographers, the acceptable level of photographic quality being subjectively around 16-20 Mpix, the Z6 ‘s 24 Mpix should suffice. Especially for reporters needing this lightness of IT. What is more, we gain in image sensitivity and burst what we lose in pure image definition. The optimal ISO 3200 quality limit for the Z7 with this Z6 is clearly pushed to ISO 6400.

As for the burst, if the Z7 pushes at a maximum of 6 fps, the Nikon Z6 can send 9 frames per second, even up to 12 fps in continuous AF (but then the RAW is degraded to 12 bits instead of 14 bits, and the exposure is blocked on the first image). The burst depth varies depending on the shooting modes, but remains around 30 images, which is sufficient for nearly all photography areas except sport, some natural photography cases (flight birds) and other specific areas.

Softness is in the viewfinder, as well. Instead of playing the pixel bid and sticking to its normal reflex targeting roots, Nikon has fitted its Nikon Z6 with a very soft rendering electronic viewfinder. If the sensation of sharpness is much less pronounced than, for example, with a Lumix S1, the unnatural ity of digital targeting is somewhat removed. Targeting through the Z6 and Z7 is one of the most normal in the hybrid universe, although it comes at the expense of a slight lack of precision in determining the field of sharpness as opposed to certain rival cameras.

We said it when we put the Nikon Z7 to the test. This first generation of full-format hybrids has an autofocus at the level of “Sony Mark 2.5,” including superior to the Alpha A7 Mark II / A7R Mark II, but below the A7 Mark III / A7R Mark III.

Some of the Nikon Z6‘s future users, however, are Nikonists who want to take advantage of the hybrid ‘s benefits with their F optics. This is not a population that has adopted hybrids from its beginnings and that would have lived off near successive autofocus improvements. No, the photographers played with D500, D750 and other D850s for a long time. And it’s best to be warned there: the Z6 does not have an AF at the brand’s SLR level. It must be said that the Nikon D5 module is in control at the core of the D500 and D850. So the least we can claim is usefulness!

If the aim of the screen or the Nikon Z6 ‘s electronic viewfinder has its advantages-better control of the sharpness zone, assessment of exposure in real time, facilitation of manual focus at night, etc.-in terms of the aggressiveness of the AF, it does not match the big SLRs of the brand.

Nikon Z6 :The only XQD slot in question

In addition to the robustness of the card and its superior performance to that of the SD, the XQD format has the strength of being compatible with the CFexpress format, a faster standard even. However, if the buying of the Nikon Z6 is really a stop, it is this stupid memory stick. Let’s be clear: we have nothing about the XQD format itself, but it is difficult to incorporate it in this Z6 (and in its Z7 brother) since it is the only memory card format that is allowed.

These cards are not only overpriced but the format is not widespread. XQDs are very hard to find outside specialized (physical or virtual) stores in the event of an issue (loss, theft, breakage). Not to mention the external reader for memory cards … For field photographers the only alternative is to be fitted with many memory cards. Because it is not in Ladakh that you can find an XQD easily. Yet Security is very pricey at 170 €for the 64 GB card (or even 199 euros for an official Nikon card!).

Nikon has produced 11 full-frame Z-mount optics within a year and a half, plus two Z optics in APS-C mount. In the end, … Let’s say ten optics plus one: the Nikkor Z 58 mm F / 0.95 S Noct is a two-kilogram manual-focused monster – a superb optic that serves as a technological demonstration and is perfectly useless in standard situations.

The optical fleet in full-frame Z mount is therefore quite limited for the time being, particularly on the telephoto and super aperture side. Fortunately, however, there is compatibility with the F-mount. A strong argument in favor of the Nikon Z system.

The FTZ optical adapter (F to Z, from F to Z) which enables the mounting of reflex optics on hybrids in Z mount in F mount is sometimes available as a kit with the Nikon Z6. It would be a shame to skip it, considering the present lightness of the Z park and the richness of the optical park Nikon F (signed Nikon or Sigma, Tamron, etc.).

Even if you have no F-optic in your closets. The second-hand market is such that for not (too) expensive you will buy lots of optics. This is all the more so as the 24 Mpix sensor concept in certain examples will suffer less from the potential loss of sharpness than the sensors with far more pixels like the Z7’s.

If the most spectacular price drop is to be found on the Z7 side (launched at €3700, today it costs €800 less!), the price drop of the Nikon Z6 which revolves around €530 makes it the cheapest medium format box in its class-about €1.770. It ‘s certainly a sum but it’s 330 euros less than the Sony A7 Mark III and 730 euros less than the Panasonic Lumix S1 in particular.

Aside from the popularity of the case facing the market, it is also a blessing for Nikonist photographers already fitted with optics: the case will completely substitute or at least endorse a D800, a D750 or some other full-frame SLR for 180 euros more or 1950 euros. With the hybrid ‘s advantages like the quiet electronic shutter, the 4 K camera mode and the more modest weight.

Surveillance cameras: Full HD is not everything!