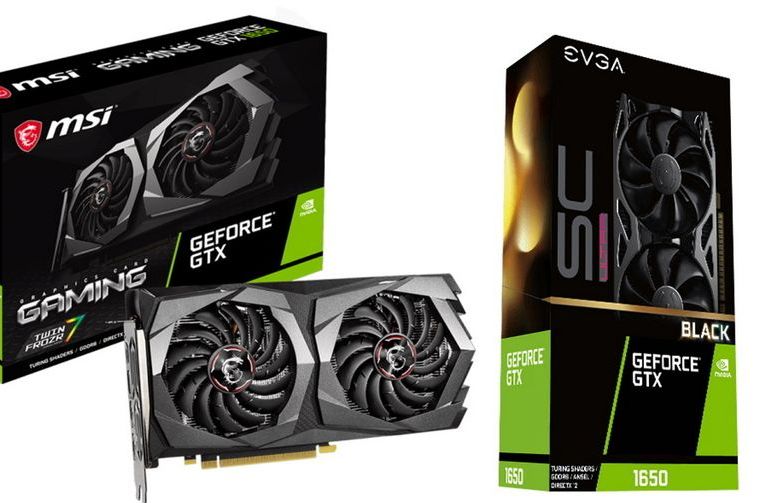 With a graphics card halfway between the GTX 1650 and the GTX 1650 Super, Nvidia offers its partners a new possibility. The company offers a GeForce GTX 1650 with GDDR6 memory rather than GDDR5.

A year ago, Nvidia released the GeForce GTX 1650, a fairly modest graphics card allowing you to play in Full HD without making too many concessions on the graphics options of the games. Last November, the firm released a new variant, the GeForce GTX 1650 Super. On the menu, a faster graphics card because it is equipped with a larger number of calculation units and the use of a more vivid graphic memory – the GDDR6 replacing the GDDR5.

Nvidia tightens the cover with a third iteration of the GTX 1650. The graphics chip is identical to the first version – the number of computing units does not differ – but Nvidia has revised the operating frequency down (1590 MHz in Boost against 1665 MHz). In return, the graphics memory is now of the GDDR6 type. This change allows this GTX 1650 G6 to display a memory bandwidth of 192 GB / s as on the GeForce GTX 1650 Super. This is a gain of 50% compared to the GTX 1650, released a year ago. Without precise nomenclature, it will be necessary to observe the technical characteristics at the time of purchase, so as to be certain to choose one or the other version.

In view of these technical characteristics, we can expect that the GTX 1650 G6 will be between 10 and 20% faster than the classic GeForce GTX 1650 in GDDR5. However, it will offer a service that is lower than the Super version, which keeps a beefier graphics processor (GPU) for itself. It now remains to be seen when and at what price the card will be offered – in the United States, there is talk of a sale price of around $ 149 – the current health crisis causing delays at all levels.

What are the best video games for kids?

Pokémon Unite: are you ready for a MOBA in the Pokémon universe?