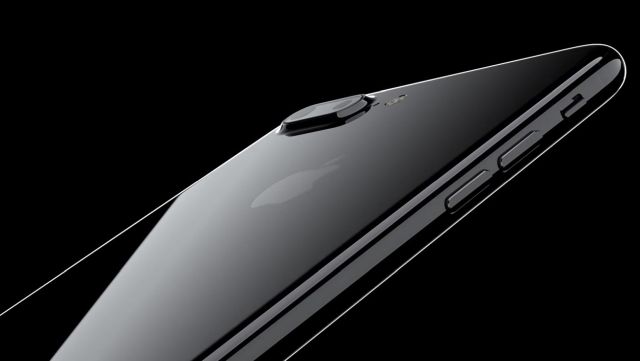 Apple has just released the 10.1 version of its mobile operating system. In addition to a few minor improvements and bug fixes, this update mainly offers the famous Portrait mode. A function that allows you to take photos with the famous effect “bokeh” that makes the background blur and enables, as a result, to better make out the face of the person. Apple warns, however, that it is only a beta version.

Everyone will not be able to test this function, because for this it is necessary to hold an iPhone 7 Plus. The bokeh effect relies on a dual-sensor model is the only one to integrate among the smartphones of apple. This device allows the camera to measure up to 9 degrees of depth in an image. In the case of a portrait, it will identify a fairly precise picture of the background to blur. This effect, it will be understood, is not based on the optics, but added in a software way. If the effect was not to his liking, the user can always disable it and regain the original photo, completely clear.

Portrait mode: how does it work?

Let us first take stock of how Apple dual capture works on the iPhone 7 Plus. Because it is thanks to its double main module that this iPhone can activate its Portrait mode. Recall that the camera of the iPhone 7 Plus has a module with 12 Mpx sensor and 28 mm focal length and a quasi-twin, still in 12 Mpx, but with a focal length of 56 mm. Apple calls the latter a “telephoto”, but you will not turn into a sniper of the distant photo so far from it. Another precision: this second module adopts a smaller sensor than that of the 28 mm module, and a smaller optical aperture (f / 2.8 against f / 1.8 on the 28 mm), with all that that entails in loss of intrinsic photo quality.

Those who do not have an iPhone 7 Plus, have interest to update the system of their iPhone, because this new version fixes a dozen security vulnerabilities. Some of them are particularly critical because they would enable an attacker to execute arbitrary code remotely by simply sending a JPEG image or via a web page trapped. A flaw in the address book would also allow an application to maintain access to the contact information even if the user has explicitly disabled. To update your iPhone, open the Settings app, then go to “General -> software update”.