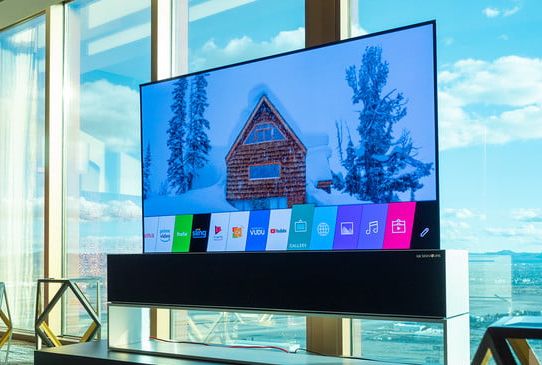 Not to mention the current health crisis, the launch of the world’s first roll-up Oled TV set may well be postponed again due to production problems.

Initially planned for 2019 under the name of LG 65R9, now in the 2020 calendar under the name of LG 65RX, LG’s rollable Oled TV was until now expected for the month of June in France, but the production of the first rollable TV at world seems more complicated than expected. According to the South Korean daily The Elec , LG would encounter problems in producing the glass film covering the Oled TV panel efficiently enough. The company uses a layer of glass which is flexible enough to support the bending of the slab measuring only 0.2 mm. This material – which already suffers from a fairly low yield during manufacturing – is very fragile, which further complicates its integration on the Oled slab.

The company LG Display (LG subsidiary dedicated to the manufacture of Oled TV and LCD panels) now indicates that it will turn to another more flexible and lighter material than glass to cover the rollable Oled panel: polyimide. This flexible material withstands high temperatures while providing an excellent level of transparency. LG’s roll-up TV is still slated for this year, but the price is not being announced. In view of these difficulties, it is still impossible to predict the marketing price. According to our estimates, it will be sold at least € 30,000, the “normal” price of the only Oled 8K TV, the LG 88Z9 .