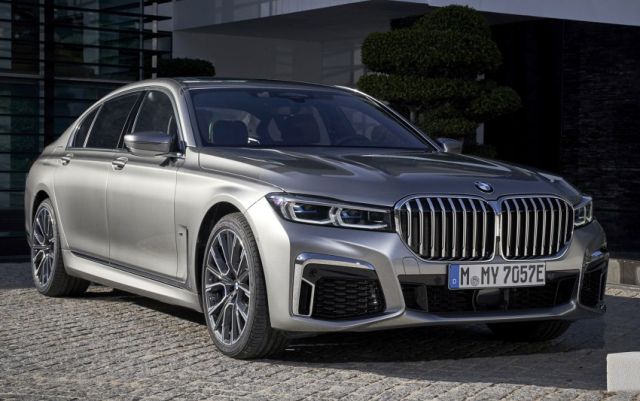 The electric is not only the preserve of small and medium vehicles. Thus, at BMW, the 7 Series, flagship of the German, will it adopt a 100% electric motor, as well as rechargeable hybridization.

As we know, the main challenge for car manufacturers is to respect the CO2 emission rate imposed by Brussels, ie 95 g / km. No other choice for the latter than to resort to electrification, or to do as Fiat Chrysler Automobiles (FCA): sign a – big – check to Tesla so that the cars of the American manufacturer are counted with those of the Italian group.

The manufacturer BMW has decided to “devote more than 30 billion euros to technologies of the future by 2025” . The German wants to run more than a million electrified vehicles (100% electric or rechargeable hybrids) by 2021. The group, which includes Mini and Rolls Royce, will offer five electric vehicles: the Mini Cooper SE , including marketing has already started, the BMW IX3 , iNext and sedan  i4 . The fifth car is none other than the city car i3 , whose sales are constantly increasing. And to think that it had been considered a time to stop it.

But the other announcement concerns the brand’s flagship, the 7 Series, which will be “available with four different types of transmission”  : diesel, petrol, plug-in hybrid and 100% electric. According to the manufacturer, each customer must have the choice of “the technology best suited to achieve sustainable mobility” .

However, no technical details or date of marketing have been communicated. Finally, the 5 Series should also follow the same path.

BMW expects a strong increase in sales of electrified vehicles with + 30% per year until 2025. The manufacturer also forecast that by 2023, 25 electrified models, 50% of which will be pure electric, will already be on the market. road.