Home > Tech > Datacenter: 8 reasons to opt for a hyperconverged infrastructure 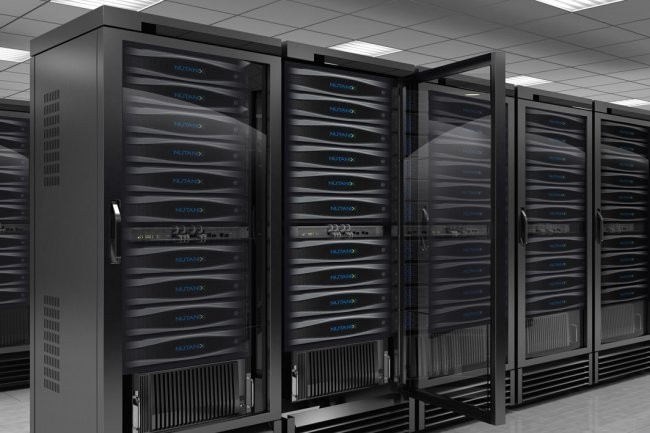 As organizations move workloads to the cloud, the demand for on-premises data center equipment decreases. But the prosperity of hyperconverged infrastructures (HCI) proves that these data centers are not about to disappear.

8 main reasons for this popularity

A classic data center is made up of separate storage silos with third parties of individual servers and a specialized network covering compute and storage silos. If these configurations were in place before the advent of the cloud, they have become too rigid for the cloud era. “IT teams can no longer spend weeks or months provisioning new infrastructure that will allow the development team to produce new applications and get them to market quickly,” said Greg Smith, vice president of product marketing at Nutanix. “HCI dramatically simplifies data center architectures and operations, reducing the time and cost of data management and application delivery,” he added.

HCI software, like that of Nutanix or VMware, is deployed in the same way in data centers as in a customer’s cloud instances. They operate on bare metal instances in the cloud in exactly the same way as in a data center. Hyper-converged infrastructure “is the best possible foundation for companies looking to build a hybrid cloud. They can deploy applications in their data center and merge it with a public cloud, ”said Smith. “Because it is the same on both sides, it is possible to entrust the same team with the end-to-end management of a hybrid cloud, with the certainty that all the applications that will run in the private cloud will also run in this public cloud environment, “he added.

3) Ability to start small, and grow

“A hyperconverged HCI infrastructure allows computation, network and storage to be brought together in a single box, and to develop this solution quickly and easily without much downtime,” explained Tom Lockhart, systems manager. IT at Hastings Prince Edward Public Health in Bellville, Ontario, Canada. In a traditional approach, the different hardware – server, Fiber Channel switch, host-based adapters, and hypervisor – must be installed and configured separately. With hyperconvergence, everything is defined by software. The HCI infrastructure uses the storage provided by the server, and the software is configured almost automatically: it detects the hardware, and establishes the connections between computation, storage and network. “When we put a workload in place, customers are generally quite satisfied with their experience. A few months later, they try another workload, then another, and they begin to extend it from their data center to remote sites, “said Chad Dunn, vice president of product management HCI at Dell. “They can start small and grow gradually, but they also have consistent operating mode experience, whether they have 1,000 nodes or three nodes per site across 1,000 sites, whether they have 40 terabytes or 40 petabytes of data . They have consistent software updates and they don’t need to re-train their staff because the tool set doesn’t change, ”added Dunn.

By starting small, customers discover that they can reduce their hardware stack to suit their needs, without having to over-supply in anticipation of peak activity. The gradual abandonment of the silo approach also allows users to delete certain equipment. Josh Goodall, automation engineer with steel manufacturer USS-POSCO Industries, explained that it was mainly to distribute its clusters that his company had deployed a hyperconverged HCI infrastructure. Its cluster hardware is in two physical locations, but they are interconnected. The second cluster mainly serves as a backup solution: if one of the two sites goes down, the other can take over.But that’s not all. The operation allowed USS-POSCO to get rid of a fair amount of expensive hardware and software. “We were able to remove multiple CPU (software) licenses, we removed the SAN from the other site, we no longer needed SRM [site restoration management] software, and we no longer needed a license Commvault. We saved between $ 25,000 and $ 30,000 on annual license renewals, “said Goodall.

To manage a classic three-tier environment, businesses need IT, storage, and network specialists. With the hyperconverged HCI infrastructure, a company can manage its environment with consultants and generalists and do without more expensive experts.“HCI empowered the storage generalist,” said Greg Smith, vice president of product marketing for Nutanix. “It is no longer necessary to hire a storage expert, a network expert. Everyone needs infrastructure, but HCI greatly facilitates actual maintenance of the infrastructure compared to a typical scenario, where it takes a very good level of expertise to manage these three skills. ” Tom Lockhart, the IT systems manager at Hastings Prince Edward Public Health, says adding new computing, storage and networking systems is also much faster than traditional infrastructure. “The upgrade of our server cluster took 20 minutes without any downtime, whereas with the traditional method, it would have taken several hours and an interruption in service,” he added. “Instead of wasting time on infrastructure, you can spend time and resources on workloads, which adds value to the business. When you don’t have to worry about infrastructure, you can spend more time on tasks that add value to your customers, “said Mr. Lockhart.

Hyperconvergence products have several important advantages.They offer data backup, recovery, protection and deduplication capabilities, as well as analysis capabilities that allow you to examine everything. The disaster recovery components are managed from a single dashboard, and the hyperconverged infrastructure monitors not only on-premises storage, but also cloud storage resources. With deduplication, compression rates can reach 55: 1 and backups can be done in minutes. USS-POSCO Industries is an HP Enterprise store and uses HPE SimpliVity HCI software, which includes deduplication, backup and recovery. Josh Goodall says he gets 12 to 15: 1 compression on mixed workloads, so he can do without third-party backup software. Most importantly, recovery times have decreased.“As the best recent example, I can cite the Windows update that disrupted a production line. It had taken several weeks to understand where the error came from. In hyperconverged infrastructure, I performed four weeks of backups, updated the system, restarted and tested a 350 GB system in about 30 minutes. In a typical configuration, restoring a single backup would have taken several hours, “said Goodall.

HCI products are accompanied by a considerable number of analysis software which makes it possible to monitor workloads and to detect resource constraints. Monitoring software is consolidated into a single dashboard that provides a view of system performance, including performance having a negative impact. Recently, Hastings Prince Edward Public Health encountered a problem while migrating to Windows 7, but the HCI model made it easy to get performance information. “We could see that, depending on the time of day, the workloads were running low on memory, and there was excess CPU queuing and paging,” said Lockhart . “We were able to easily determine where the problems were and we resolved them within an hour. Without this unique dashboard, it would certainly have taken us a lot longer. ”

8) Less time to manage the network and storage resources

Josh Goodall said that previously, up to 50% of his time was spent solving storage and backup arrays, up from 20% today. Now, he can devote most of his time to existing systems. And its applications are more efficient under HCI. “We had no problems with our SQL databases. We even saw a huge performance gain thanks to the switch to 100% SSD solutions, replacing hard drives, and also gains in data deduplication, reducing the tasks of reads and writes in the environment.