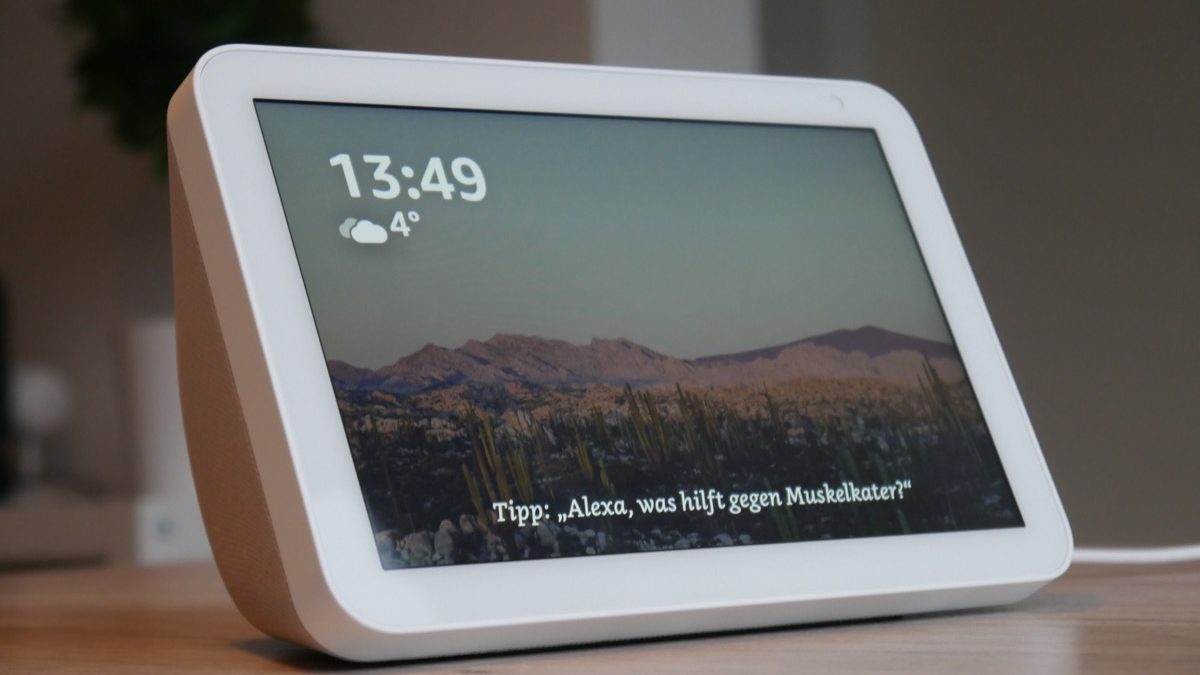 Amazon launches the Echo Show 8, Only the diagonal of this smart display changes. For the rest, the overall functionality and performance are identical in every respect.

The essential to remember

Let’s be clear: the only difference between the Echo Show 8 and the 2nd generation Show lies in the touch screen which goes to 8 inches on the Show 8, against 10 inches for its predecessor, for a definition of 1280 x 800 pixels.

Our colorimetry and reflectance measurements are almost identical (Delta E of 4.2 against 4.7 for the 2nd generation Show). To learn more about this point, we advise you to read the news lab dedicated to its screen.

The touch screen allows, among other things, to collect and associate the connected objects of the house, a function that is found in particular on the Google Nest Hub . However, the Echo Show also acts as a digital photo frame when it is in standby. The voice recognition offered by this smart display is of the same level as that of the 2nd generation Echo Show, namely very satisfactory.

We interact very naturally with Alexa in a calm environment: the assistant is triggered and understands our requests without problem, whether in the same room or in a nearby room, and this without ever having to force on the volume of our voice . The surrounding noise (conversations, background music, noise from a microwave or an oven …) does not complicate Alexa’s task, as long as we stay a few meters from the device.Things get a little tougher when the speaker emits sound itself, but nothing unusual.

No miracle in terms of sound reproduction. The Echo Show 8 is also modeled on the Echo Show 2nd generation, the rendering of the stereophonic scene is good, especially with a very nice width. This positive aspect is unfortunately quickly sealed by a blatant lack of precision and a very unbalanced response. The low and low mids are frankly too highlighted and pollute the rest of the spectrum. The treble is almost absent, thus confirming the omnipresence of the low and low mids. The reproduction system struggles to reproduce voices (they seem to be muffled), even for simple voice communication. We would have liked to be able to save the furniture with the integrated 3-band equalizer, but this is hardly lost as its effect on the rendering is almost imperceptible .

The Amazon Echo Show 8 is a good alternative to the small screen of Show 5 and the big one of the second generation Show . If the Echo Show 8 offers features similar to those of the 2nd generation Show, its 8 inch screen is less comfortable for watching movies or series. On the audio side, we always salute the delicacy of the voice recognition and we continue to deplore the poor quality of sound reproduction of the speakers.