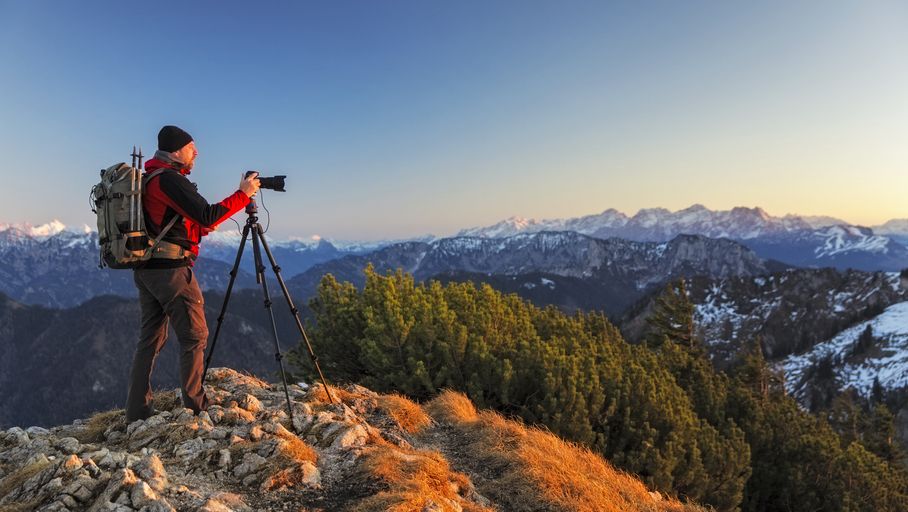 The stabilization becomes theoretically useless as soon as one takes photographs using a tripod. Should we then deactivate it? We answer this question by giving you the recommendations of the different manufacturers.

To answer this question, it is important to understand what stabilization is. It is a system of compensation for movements during shooting which aims to reduce the risk of camera shake. It can be based on a mechanical system or on software; in this latter case we speak of digital stabilization. Stabilization is therefore very practical for taking photographs in difficult conditions or to benefit from a certain comfort.

Mechanical stabilization of the sensor and the optical

Stabilization can be integrated into the camera lens or into the housing at the sensor. If some SLR cameras are equipped with this system, it is more generally found in hybrids. Stabilization is often characterized by the number of axes that it supports.

Generally, tremors in pitch and yaw are the most frequent, especially at telephoto. The displacements on the x or y axes are particularly amplified during macro shooting. The roll is more visible in long exposure or on video. Of course, the reality is more complex and the different movements are often mixed.

In the case of tripod photography, stabilization is theoretically no longer useful since the camera is stationary. However, in practice, even with a tripod, may be necessary. In certain special cases, perfect stability is not possible. This is particularly the case when a telephoto lens with a very long focal length is used or when a wind blows very strongly. Of course, in the case of the monopod, the question does not arise, stabilization is then necessary.

In more conventional situations, with a sufficiently stable tripod, the question of deactivating stabilization arises. Why ? Simply because the mechanical stabilization system could unintentionally create movement simply by preparing to compensate for movement that has not happened. The image would then be disturbed by a camera shake. Disabling stabilization and locking this system would cancel this risk.

Several schools clash: the followers of manual control recommend a deactivation by the user while the disciples of automatisms judge that the boxes and modern optics are capable of automatically detecting the position on a tripod. What is it really like? Here are the recommendations of the different manufacturers …

At Pentax, DSLRs stabilized since 2006

Pentax is one of the pioneer brands in the mechanical stabilization of the sensor. It was in 2006 that the manufacturer introduced the first stabilization on the K100D . At the time, to compete with Minolta, Pentax chose a system with ball rather than slide bearings and motion compensation with an additional axis. The technology was called shake reduction , or more simply SR.

In 2015, with the Pentax K-3 II , the stabilization precision reached approximately 4 µm, the size of a pixel. Today, the K-1 Mark II SLR has the most advanced technology. Thanks to mechanical stabilization, the brand has integrated an AA filter simulator –  anti  – aliasing – to reduce moiré. Assistance is also integrated, like the automatic alignment on the horizon or the Astro Tracer mode which makes it possible to dispense with equatorial mount – to a certain extent – to make astrophotography.

At Sony, the optical and mechanical stabilizations of the sensor coexist. With compatible devices, the two compensations complement each other. The objective supports the movements of pitch and yaw while the apparatus takes care of the axes x and y , but also of the roll, more difficult to manage by the objectives.

Finally, when using on a tripod, Sony’s recommendation is simple: it is better to deactivate it.

Nikon, yet one of the most important manufacturers in the photography market has only used mechanical stabilization of the sensor since 2018, with the arrival of the new 24×36 hybrid range with the Z mount (the Z6 and Z7 have a integrated stabilization, unlike the Z50 ).

Except in specific cases, Nikon joins Sony and advises to deactivate stabilization completely to obtain the best image quality with a tripod.

Towards a change of stabilization at Canon?

Canon chose the optical instead of the sensor. This is the case on its SLRs, but also on its hybrids. The brand is however starting to change its policy. Its next high-end hybrid, the EOS R5 – the spiritual son of the EOS 5D – should embark on mechanical stabilization of the sensor. Currently, Canon is communicating on its dual motion detection. The optics and housing gyroscopes and processors work together for greater efficiency.

With some old lenses, the lack of movement disrupts the system and the image may start to move in the viewfinder. On its more modern lenses, Canon has modified its correction algorithms. They are often able to detect the use of a tripod and adapt. The stabilization must then be activated. Canon says there is no gain in turning it off or blocking the mirror. The list of lenses that do not detect the tripod is available here .

Specializing in Micro 4/3 hybrids – and recently in 35 mm hybrids – Panasonic is one of the expert manufacturers thanks to its double stabilization. Unlike Sony, it is not distributed between the case and the optics, but well merged.

Asked about the subject, the brand does not forget to specify that the stabilization of the sensor has made it possible to offer new shooting options, like what Pentax is already doing. Capturing snapshots in very high resolution is no longer an exception and can be found on many cameras like the Lumix G9 or S1R , but also in competition. The sensor moves very slightly and records several images which it combines to create files up to 187 megapixels.

Olympus: prevention is better than cure

On the Olympus side, the recommendation is simple: it is better to cut the stabilization. The manufacturer wants to be rather reassuring by indicating that there is not necessarily a proven problem, but the cut of the stabilization makes it possible to ensure that no involuntary movement will be recorded.

Stabilization is so effective today that it is possible to approach the second exposure without a tripod. On the other hand, the high resolution mode can be used freehand at Olympus, in particular with the OM-D E-M5 Mark III hybrid or the OM-D E-M1 Mark III.

Some subtleties at Fujifilm

Among the latest Fujifilm references, two stand out. On the one hand, the Fujinon XF 16-80mm f / 4 R OIS WR lens is capable of detecting the tripod. The photographer simply has nothing to do. On the other hand, it is the GFX 100 medium format hybrid which has similar automatisms.

What about third-party lens manufacturers?

Same story with Sigma. Once the device is mounted on a tripod, the stabilization – called the Optical Stabilizer (OS) – must be switched off. “Mode 1” works conventionally, while “Mode 2” allows vertical correction only for better tracking of subjects. Sigma reports that will only be fully operational after approximately 1 second. Even if other manufacturers do not always specify it, we often find a similar operation.

To avoid any disappointment, it is of course necessary to read the instructions for use of the equipment for possible advice. Also note that to limit vibrations to the maximum, it is recommended to use a self-timer or a remote control, which eliminates vibrations due to pressing the shutter, with or without a tripod.