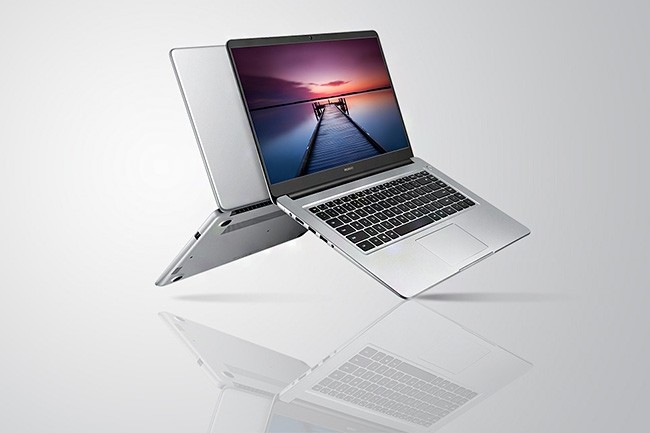 To target a younger audience, Huawei is releasing an ultra-light range from its Matebook D . The performance of the two D series terminals and their multi-screen functionality can equally be suitable for professional use.

Huawei released a series of two laptops, designed for young users and gaming, the MateBook D14 and D15. Like the rest of the MateBook family, the D14 has a 14-inch FullView screen, 4.8 mm thick. Beneath the anti-reflective coating, the 14-inch IPS 16: 9 screen supports Full HD resolution (1920 × 1080) and a maximum opening angle of 180 degrees.

In terms of components, the MateBook D14 is powered by an AMD Ryzen 5 3500U 12nm processor. For the GPU, there is an AMD Radeon Vega 8 card integrated into the PC. Cooling has been optimized by a fan made in Huawei, and a 56 Wh battery supports up to 9:30 hours of 1080p video playback. With 8 GB of dual-channel DDR4 memory, the MateBook D14 offers 512 GB of PCIe SSD storage. The D15 version offers as much RAM but half as much SSD capacity.

The latest MateBook D series presents a set of multi-screen collaboration capabilities built on the foundations of the supplier’s OneHop platform. For example, a MateBook and a Huawei smartphone can share a single screen from which users can drag files from one user interface to another. So they can transfer the files and view the content saved on their smartphone directly on their laptop.

A portable 65 W multipurpose USB-C charger and a USB-C to USB-C cable are included with the MateBook D14. It also has an overheating protection which automatically stops the charging process when the temperature crosses a certain threshold. Both versions of Matebook D are available for pre-order. The D14 is displayed at 750 euros including tax, the D15 at 600 euros including tax. A pair of Huawei FreeBuds 3 headphones are available.

Xerox's action drops and disrupts its takeover bid on HP