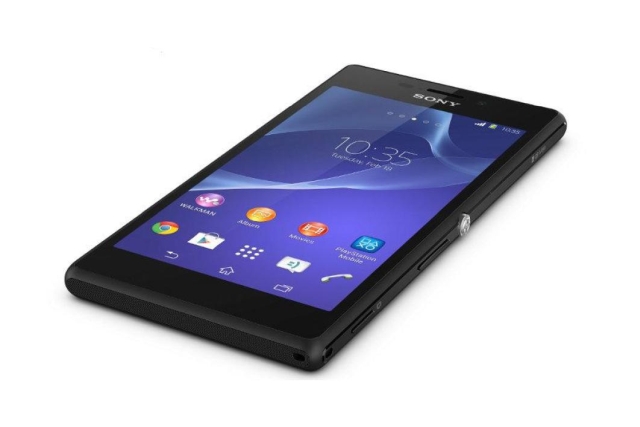 In February 2014, Sony Xperia M2 smartphone was introduced. The phone comes with a 4.80-inch touchscreen display with a 540×960-pixel resolution at a pixel density of 229 pixels per inch ( ppi). Sony Xperia M2 is powered by a Qualcomm Snapdragon 400 processor with a 1.2GHz quad-core. It comes as 1 GB of RAM. The Xperia M2 is running Android 4.3 and is powered by a non-removable 2300mAh battery.

The new kid on Sony’s mid-range block is the M2, and it should o er reasonable value when it goes on sale in May at £250.
It’s as beautiful as its higher-priced siblings, measuring 139.7×71.1×8.6mm and weighing in at just 148g. It’s a solid-feeling device that you wouldn’t be ashamed to take out your pocket in public. 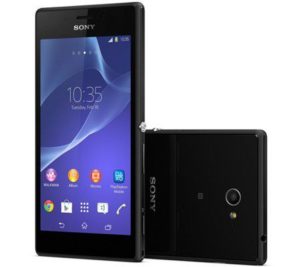 However, we found the 4.8in (540×960, 229ppi) touchscreen a little unresponsive, and saw some lag opening certain apps – surprising, given the 1.2GHz Qualcomm quad-core chip and 1GB of RAM.
There’s also 8GB of internal storage of the Smartphone Xperia M2 (with a microSDHC slot), an 8Mp rear camera, 4G connectivity and support for dual SIMs.