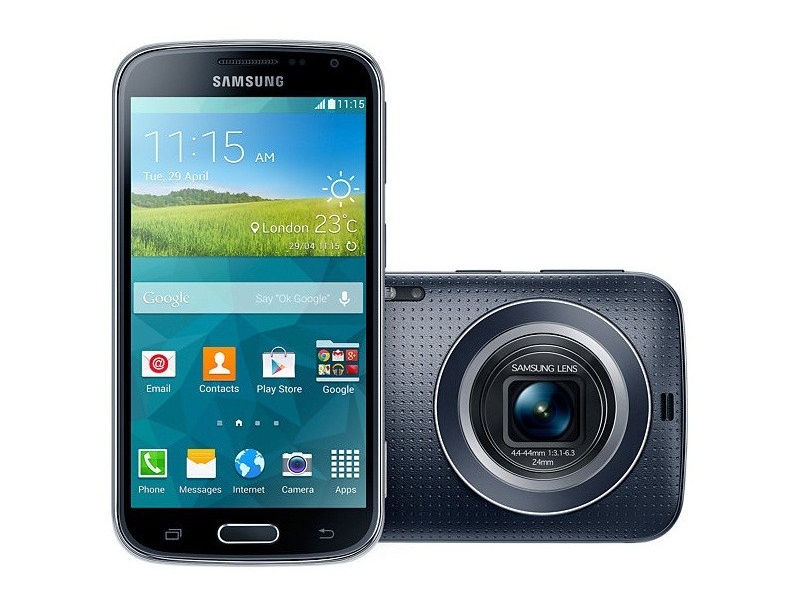 You can pre-order the K Zoom through the Carphone Warehouse, with the handset available free with a £28 per month contract. Alternatively, a SIM-free version costs £400 from Samsung’s e-store.

Like the Samsung Galaxy S4 Zoom, the K Zoom is hybrid device, melding an Android smartphone with the bigger lens of a point-and-shoot camera. The handset has a camera with a 10x optical zoom, using a 20.7Mp backside-illuminated CMOS sensor for better low-light photography. Auto focus functions, filter settings and object tracking are among the additional features built into the device, along with a so-called ‘Selfie Alarm’. The Galaxy K also comes with a front-facing 2Mp camera. In terms of video shooting, the phone can record at a 1920×1080 full-HD resolution at 60fps.

Outside of its camera functions, the Galaxy K Zoom has a similar look to Samsung’s flagship S5, with the same textured rear. The Galaxy K Zoom, however, has a smaller display at 4.8in, with a resolution of only 1280×720 pixels. The phone doesn’t have the fingerprint sensor found in the S5, but it does feature the same Ultra Power Saving Mode to help prolong battery life. Inside the handset is a Samsung ‘hexacore’ chip that uses both 1.3GHz quad-core and 1.7GHz dual-core processors. The phone has 2GB of RAM and only 8GB of internal storage, but there’s a microSD slot for expansion. As a hybrid device, the phone retains much of the thickness of last year’s Galaxy S4 Zoom, bulging at 20.2mm. But the phone weighs 8g less at 200g.

Galaxy S8 Plus: Smartphone that will fill your eyes