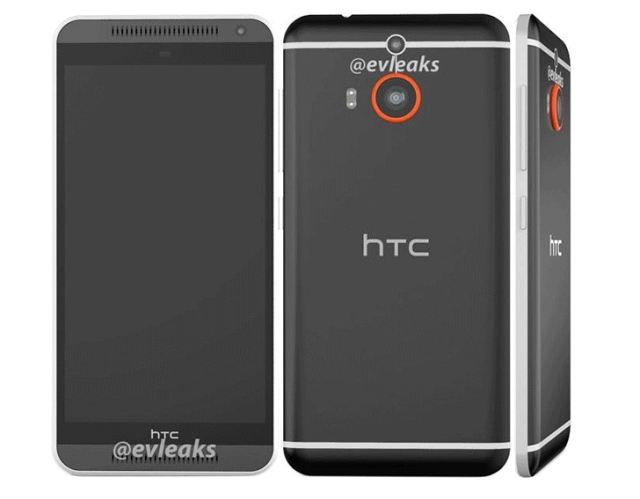 Smartphone screens just aren’t big enough these days. HTC is stretching to 5.5in with its One M8 Prime

The HTC One M8 Prime is HTC’s replacement for the HTC One Max: a large-screened phablet with a beautiful display, intended to replace both your phone and your tablet. According to the internet rumour mill, fuelled principally by generally credible HTC-watching sites such as EVLeaks, HTCSoku and GSM Arena, the HTC One M8 Prime will have a massive 5.5in display, with a 2K full-HD resolution. Expect a super LCD3 capacitive touchscreen boasting 16M colours, with a massive 534ppi pixel density. On the design front it will supposedly be made of a combination of aluminum and liquid silicone. Matching the Galaxy S5 and Xperia Z2, it will also be dust- and waterproof. Performance is also likely to be immense: expect 3GB of RAM to be paired with Qualcomm’s Snapdragon 805 or 810 CPU.

The HTC One M8 Prime is tipped to launch on Android 4.4.3, although we’ve also seen Android 4.4.2 quoted. Given that the standard HTC One M8 runs Android 4.4.2, this may be more likely. The device will be the first to come with HTC’s Sense 6.5 interface. We expect the HTC One M8 Prime to feature an updated UltraPixel camera: the word is that the HTC One M8’s UltraPixel camera will be upgraded from 4- to 5Mp. We’ve also read suggestions that the secondary camera will be a 18Mp unit, although that seems outlandish at this stage. Other things to expect: the HTC One M8 Prime will be a 4G-capable GSM, HSDPA, LTE handset that takes a nano-SIM. It will feature Cat 6 LTE. Bluetooth 4.0 and Wi-Fi 802.11 a/b/g/n/ac Wi-Fi will of course be present, as well as NFC. You’ll sync and charge via USB 2.0. We expect the now-standard 16- and 32GB onboard storage flavours, with a microSDXC card slot able to take up to 128GB cards. Expect Accelerometer, gyro, proximity, compass and barometer sensors, and a huge but non- removable battery.

We expect the Prime to launch globally in the third quarter of this year — perhaps in October 2014 to kick off the Christmas buying season, and to match the launch of the HTC One Max.

There’s no word on pricing, but we can make some assumptions based on the cost of components and the price of the HTC One Max when it launched. Expect the HTC One M8 Prime to cost £550- to £600.

Galaxy S8 Plus: Smartphone that will fill your eyes