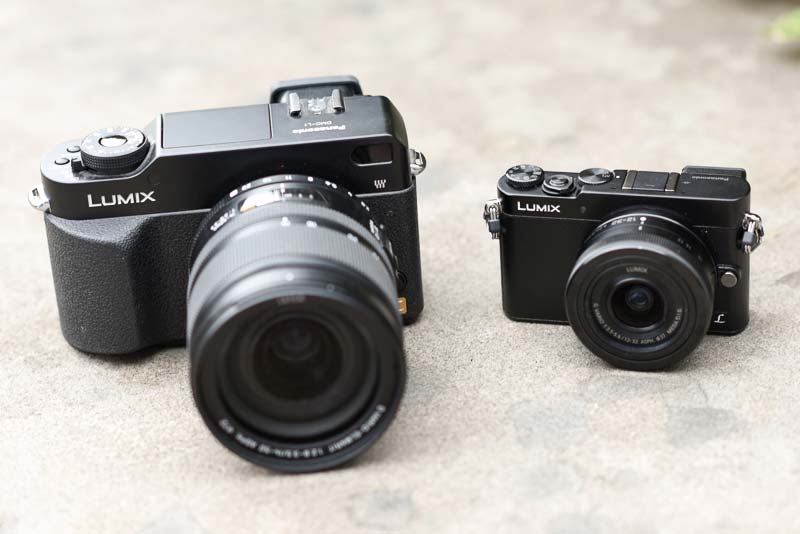 Back in October 2013, Panasonic introduced the GM1, the first of a new line of ultrasmall compact system cameras that still manage to include a Four Thirds sensor – the same as the well-respected GX7. These cameras are actually smaller than some of the compact cameras on the market, such as the much-lauded Sony RX100 II, but they come with the benefit of both a larger sensor and interchangeable lenses. Now Panasonic has managed to push the concept even further. The GM5 keeps the same sensor, but adds a viewfinder and a hotshoe, making it all the more appealing to experienced photographers who want something that’s small and light but still capable of producing high-quality images.
FEATURES There have been other improvements too, including a sensitivity expansion setting of ISO 100, which takes the full range to ISO 100–25,600; a boost in the maximum continuous shooting rate from 5 frames per second to 5.8fps, or 5fps with AF tracking; the addition of Snap Movie mode;and Manual Creative Control when recording video. Wi-Fi connectivity is built in, and there’s a free app for both iOS and Android that allows you to remotely control the camera, or to quickly share your images on social networks. Also new are Eye/Face Detection AF, Highlight and Shadow adjustment and Panasonic’s Creative Panorama – the ability to add 18 of the 22 Creative Control options when shooting panoramic images. Like the GM1, the GM5 has a 921k-dot, 3-inch touchscreen, for composing images, making setting selections and scrolling through joined by a 1,166kdot electronic viewfinder to make image composition and review easier in bright light – or just to please those who prefer to use viewfinders. Full HD video recording is available in both AVCHD and MP4 formats. It’s also possible to record time-lapses and stop-motion animations. To keep the overall system size down, the GM5 comes bundled with a smaller kit lens than other Panasonic compact system cameras, coming with a 12-32mm f/3.5-5.6 retractable pancake-style lens. In 35mm terms, that’s a range of 24-64mm. There’s a huge range of lenses available for the Micro Four Thirds system, not just those manufactured by Panasonic. As the mount is shared, you can also use Olympus lenses, as well as those produced by third parties like Sigma. 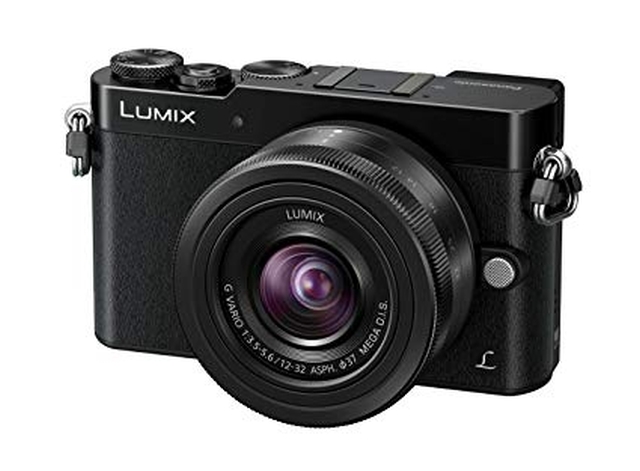 BUilD AnD hAnDling
When you first lay eyes on the GM5, it’s hard to believe that it’s a compact system camera at all, or that the lens is detachable. Although it won’t fit in a pocket in your jeans with the slim 12-32mm kit lens attached, it will certainly go in a coat pocket, which makes it a very appealing everyday walk-around camera. Although the GM5 is now a little bigger than the GM1 before it, it’s still incredibly small for an interchangeable-lens camera. The viewfinder doesn’t do too much to add to that size, sitting neatly in the top left-hand corner of the body. Other than that, not too much has changed about the design and handling of the camera compared with the GM1.Given that the GM5 has a rear touchscreen, Panasonic could have opted to omit dials and buttons – but happily there’s a satisfying number of these too, making the two types of control complementary to each other. On top of the camera, you’ll find a dial for switching between various exposure modes, including semi-automatic (P/A/S) and Manual modes (M). There are also Automatic, Creative, Scene, Video and Panorama options, plus a single slot for a set of custom settings. Also on the top plate, you’ll find the on/off switch and the shutter release, along with a dial for choosing a focusing mode. You can choose between AF-S (single), AF-C (continuous) and manual. The back of the camera has seen a slight redesign from the GM1. There’s a standard four-way navigational pad, with each directional key assigned to a specific function, such as up for sensitivity (ISO) or right for white balance. Whereas before a scrolling dial doubled up as the navigation pad and was used for altering aperture and shutter speed, there is now a dedicated dial just next to the thumb rest for changing these settings. The electronic viewfinder has an eye sensor which detects when the camera is lifted to the eye, switching the EVF on and the rear LCD off. One handy feature that Panasonic has brought across from its other G-series range is TouchPad AF. This is a setting which is activated via the main menu and allows you to continue to use the touchscreen to set the autofocus point, even while using the EVF. Be careful of your nose touching the screen and accidentally changing AF point, though. 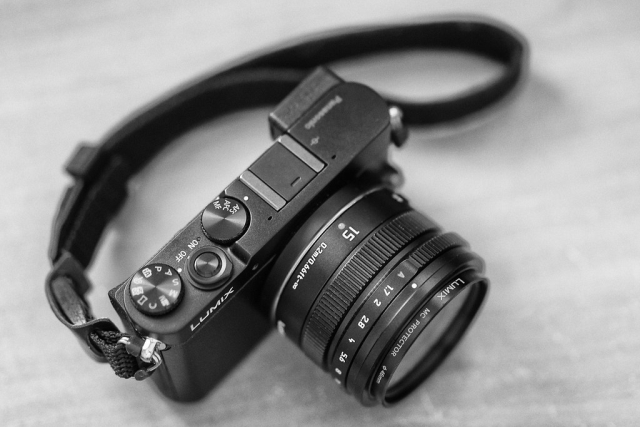 Cameras such as the GM5 leave certain other small compact system cameras in the dust – we’re talking about the Nikon 1, the Samsung NX mini and the Pentax Q range here. This camera is smaller than even some of those models, but features a sensor which is much larger. The range of lenses that’s available for cameras with Micro Four Thirds mounts, like the GM5, is also more flexible and extensive. That said, it seems that Panasonic doesn’t view such mini-CSCs as the GM5’s competition, but rather puts it up against premium compact cameras such as the Sony RX100 III and the Canon G1X Mark II. There are advantages and disadvantages to both types of camera, but the GM5 seems to win in so many areas that it makes it hard not to recommend it to anyone looking for superb image quality in a tiny body.