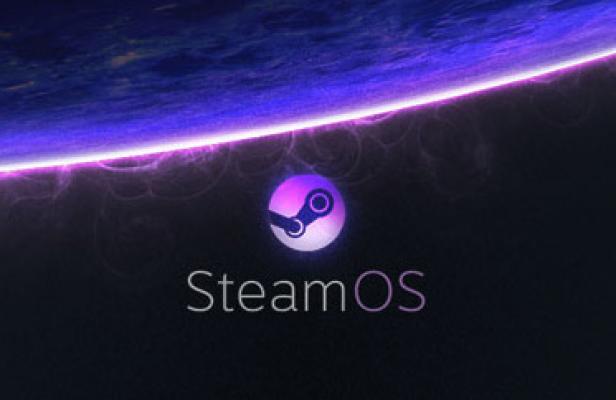 VALVE HAS OFFICIALLY released SteamOS,the Linux-based operating system designed specifically for gaming, following the start of its Steam Machine hardware beta programme. It’s the next step for Valve as it moves into the living room, making PC hardware that could eventually challenge traditional games consoles for a spot under your TV set. SteamOS is based on the Debian 7 ‘Wheezy’ Linux distribution, which Valve has optimised specifically for the living room. Under the surface it uses the Gnome desktop environment, which will let users download and install their own soɗware as they choose, but it defaults to the custombuilt Steam interface. This interface is a slightly tweaked version of the Big Picture mode which was launched in 2012, with large icons and text that show the store, Steam Community and your game collection. It’s far easier to read on a television screen than it is on the desktop client, which was designed for computer monitors. Valve has made a big e ort to hide much of the base Linux operating system, in order to make SteamOS feel more like a games console than a PC. It automatically pulls updates directly from Valve’s custom Linux repository and you have to enable the Linux desktop manually if you want to use SteamOS as a computer. Unfortunately, the number of SteamOScompatible games is currently just a small subset of the complete Steam catalogue. However, Valve has confirmed that a number of major developers are already working on adapting their new releases for the operating system.

The specifications of the SteamOS

The 300 Steam Machine hardware prototypes, which were sent out to lucky North American beta testers earlier this month, were designed specifically to run SteamOS, but anyone can put the soɗware through its paces.

Valve posted a set of guideline specifications that will let anyone build their own Steam Machine system; you’ll need a 64-bit Intel or AMD CPU, UEFI-enabled motherboard, 4GB of RAM or higher, at least 500GB of hard disk space and an Nvidia graphics card. Currently SteamOS doesn’t support AMD or Intel graphics chips, although Valve promises they will be added in the future.
Those lucky enough to be included in the hardware beta also get to try Valve’s custom controller. For everyone else, SteamOS recognises wired Xbox 360 controllers as well as most major USB gamepads. Unfortunately, the Home Streaming feature Valve has promised isn’t yet implemented in SteamOS, so SteamOS is currently just another way to play a smaller number of your Steam games than is possible on your home PC.

If you want to help Valve test for bugs, or you just want to see the operating system in action for yourself, installing SteamOS should be relatively straightforward for anyone familiar with Linux.

There are two versions: a 2.7GB disk image and a 960MB installer which runs from within the UEFI BIOS. Both will completely format your hard disk, and there’s currently no way to dual-boot SteamOS with Windows or a regular Linux distribution.

The PC market is dominated by Tablets